Gabriela DeBues-Stafford is a Canadian middle- and long-distance runner. A two-time Olympian, the Toronto native placed ninth in the 1500 meter race at 2016’s Rio de Janeiro Olympics. While representing Canada a second time at the 2020 Tokyo Olympics, DeBues-Stafford placed fifth in the women's 1500 meters.

She also holds numerous North, Central American and Caribbean (NACAC) area records for distances including 1500 meters, 3,000 meters and 5000 meters. In many instances, she has shattered her own record.

Prior to the Olympics, DeBues-Stafford won a silver medal at the 2015 Summer Universiade. And in March 2022, she competed in the World Indoors in Belgrade, Serbia, finishing fourth in the women's 3,000 meters.

DeBues-Stafford holds a degree in psychology from the University of Toronto’s Victoria College. During her time there, she competed with the Toronto Varsity Blues intercollegiate sports program. After her running career, the athlete has hopes of returning to the field of psychology.

DeBues-Stafford has Graves disease, a chronic autoimmune condition that affects the thyroid. She identifies as queer and bisexual, which is something that influences her growing voice in advocacy on and off the track. She’s passionate and outspoken about issues like human rights, LGBTQIA+ equality, and the environment.

After a stint in Portland while training with Bowerman Track Club, DeBues-Stafford recently relocated to Victoria, British Columbia where she lives with her husband, Rowan.

We proudly support Gabriela’s ambition to combat oppression and prejudice and for using her platform to support positive change. And we can’t wait to see what great things she’ll do next! 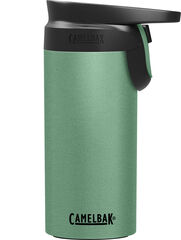