Representation in the Outdoors

I am an African American woman who grew up in a lot of white centered spaces throughout my childhood. My church friends, sports teams and classmates were predominantly white. Besides the city I was born in, San Diego - my family and I lived in the PNW where there is not a lot of culture and the narrative of white people is often seen and heard as the standard or baseline in society. I didn’t feel growing up there was a lot of opportunity to see myself represented as a Black girl in the toys I played with, mainstream television I watched, or the media I witnessed. Not being represented was something so subtle, so covert - I fear I almost missed it all together as a problem.

A large part of my advocacy work around the outdoors started because I felt as I was getting myself and my two daughters into more adventure sports where I was not seeing any representation. Representation for me is on a spectrum - race, gender, identity, size, shape, age and so much more. There always seemed to be one type of person getting outside, one story or narrative being told and reinforced by the industry every day and that was this: White, straight people belong outdoors, everyone else does not. The lack of representation spoke very loudly.

10 Reasons Why Representation Matters in the Outdoors

I started my Instagram (@she_colorsnature) in 2019 in the hopes to become more of a representation in the outdoors for Black, Indigenous and women of color in Washington state. I realized soon that sharing my story was validating for other women nationwide and it was not just a WA problem. There was such a positive response that came back from others reiterating the fact that me sharing my outdoor experiences was enough for them to get outside. I began to receive messages from other brown girls truly feeling seen and heard by the ways I showed up in the backcountry and on hikes with my girls. It was a movement sparked through representation.

I came to this understanding: the importance of representation is much less about the possibility of not living a full and wonderful life - because I did and I AM. Yet, the lack of representation throughout childhood leads me to ask for more! How much fuller could my life have been if Black girls would have been represented more in mainstream media? Represented in outdoor adventure sports? Represented through the dolls, barbies and books I played with each day. Represented in a way that was much more expansive than the ways society views the way Black characters should be. Often misrepresented as the bully or the criminal, young girls being over sexualized, undertones enforcing the bias that Black people are bad. Instead of highlighting the small percentage of people living life this way, representing the ways we are creative, beautiful, smart, adventurous and ALL different from one household to the next.

As I mentioned earlier, I am a mother raising multicultural girls and I feel called to make sure them and other Black, Indigenous and future kids of color understand their worth. I believe that representation is a major component to whether this happens for our future generations.

Representation has the power to:

Working to Improve Representation in the Outdoors

Representation has the power to transform the ways our future generations see themselves. It is not only the Black community that has been historically underrepresented in our country, but all low income and communities of color. Representing a larger narrative through storytelling, toys, books, and educational tools is a great place to start. The small shifts in what I buy for my children has created a beautiful affirmation of the fact that the sky's the limit for them - they can be outdoors confidently, they belong in natural spaces and so do others who look like us.

I believe the more children see themselves represented in the outdoors; they will want to be in the outdoors as adults. This also may lead to more people wanting to fight for the environment. We need more people who have an intimate connection to nature, so they feel they have a level of responsibility to care. I hope that through reading the ways that positive representation can have an impact, folks in power and privilege will take this into their communities and work to make a difference. Advocating for the expansion of representation is sustainability work, one that we need to call more people into.

Want to learn more about Chelsea Murphy? Head over to her Instagram @she_colorsnature. Or read more about inclusivity in the outdoors, with Unlikely Hikers. 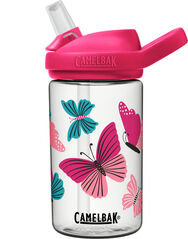