Marcelo Gutiérrez is a former professional downhill mountain biker. For more than 12 years he competed at the World Cup level, representing the Giant Factory Off Road Team for more than eight of those years.

Hailing from Manizales, Colombia, Gutiérrez is regarded by many as the most successful South American downhill racer of all time. He has certainly made an impact on the world of MTB.

Gutiérrez began racing BMX bikes at age 7. Within a few years, that expanded to cross country and downhill mountain bike racing. He arrived on the global MTB racing scene in 2007, finishing 12th in the junior men’s downhill race at the UCI World Championships in Scotland. Gutiérrez took his first World Cup DH podium In 2015, which is still one of his proudest moments.

A few years ago, this decorated athlete took a step back from professional racing.Now in his early 30’s, Gutiérrez is relaxing more and taking things slower. But he’s still exploring, eating good food, and meeting new people along the way.

These days, Gutiérrez continues to share his passion for cycling through new and different projects, such as creating a series of videos to teach people about cycling. He also supports the growing cycling movement in Colombia by helping build and convert bike trails around the country.

While he may be known as the King of Urban Downhill, Marcelo loves all types of cycling including enduro, trail, road, and gravel. His hometown of Manizales is still his favorite place to shred. 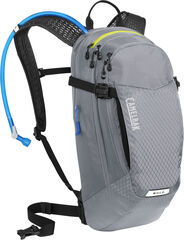 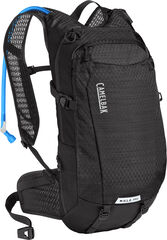