An Irishman, an Australian, and a Brit enter a race…

No, it’s not the opening line of a joke. It’s the makings of a world-class pro MTB team. Nukeproof-Sram Factory Racing is a UK-based powerhouse for Enduro and Gravity mountain biking made up of racers Kelan Grant, Sam Hill, and Elliot Heap. Headed up by Manager and Masters racer Nigel Page and joined by Hill’s long-term mechanic Jacy Shumilak.

Let’s get to know these lads a bit better.

Australian Sam Hill has been riding for Team Chain Reaction Cycles since 2013. Hill is a joy to watch—and he knows how to send it! His accomplishments in the sport of mountain biking include five Downhill MTB World Championships, two overall Downhill World Cup titles, 13 Downhill World Cup wins and three straight Enduro World Series titles. With a record like that, he’s sure to be a mentor to other riders, including his teammates.

Elliott Heap, the young Brit from Northwest England, has always loved being on two wheels. After racing motocross for 8 years, Heap started mountain biking in 2013. In his first full season of racing, he finished 2nd overall in the UK Gravity Enduro. In 2018 he snagged his first Enduro World Series title in the men’s under 21 category. He’s now riding with the big boys and having much success. When not racing, Heap runs an MTB coaching company with his friend Conor Martin and younger brother Lewis Heap.

Hailing from Omagh, Northern Ireland, Kelan Grant is an Irish National Enduro Champion as well as 2018 winner of the UK’s Ard Rock Enduro festival (bikes, music, displays and demos—yes, please). Grant first burst onto the international radar when he won Red Bull Foxhunt 2017. He promptly signed a contract to race the EWS for the Chain Reaction Cycles Mavic team the following year.

We’re very excited to be working with Nukeproof-Sram Factory Racing again. Keep an eye out for them on the MTB racing scene, as they’re destined for more awesomeness.

﻿Back to Athletes & Ambassadors 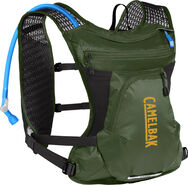