Racing with verve, determination and a thousand-kilowatt smile, Ella Conolly of Scotland is one of the world’s top Enduro racers. Enduro is an incredibly demanding sport, with some of the world’s most physically and technically challenging trails. Yet Conolly thrives and continues to excel in what’s arguably the most difficult racing series in mountain biking.

Connolly’s bike obsession began early on with family rides on weekends and holidays, and watching her older brother in races. Since taking on her first bike race at age 10 (a local dirt crit) she’s gone on to compete around the world, including Europe, New Zealand and Tasmania.

Originally an XC racer, Conolly took the Enduro world by storm in 2017. Just one year later, she swept the 2018 Women’s U21 Enduro World Title by winning every single race. She currently races in the Women's Elite class.

Like most enduro and DH racers, Connoly says she loves the thrill of an adrenaline kick. Clearly, this formidable racer is focused on winning. But she also understands the importance of keeping it fun. In fact, it’s a big motivation for her training and performance. You can see it in the way she clowns around on Instagram and in the pits between races.

She recently told the folks at the Enduro World Series “Riding bikes is fun! Make sure it stays that way!”

In between seasons, Conolly hangs at home near Inverness with her dog, resting and recharging for the next big competition. Not to worry, the nearby Cairngorm Mountain biking trails offer a perfect place to play around and keep her skills sharp.

CamelBak is proud to have this breakthrough MTB world champion as one of our Athletes. We look forward to Ella Conolly’s continued success in racing and beyond. And we’ll continue to cheer her on as she shreds her way around the planet, taking podiums and sharing her love for sport. Catch her if you can! 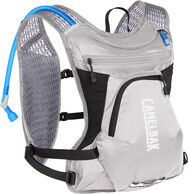