Keep a lookout, folks, he’s on the move. While you may know him from the running world, Harry Jones is a man of many talents. The Welsh ultra and trail runner holds a degree in Sport Biomedicine & Nutrition. He’s an avid traveler and established YouTuber who enjoys climbing, drumming, and works hard at being a husband and father.

When he’s not running international level 100-kilometer ultra-races and pushing past his own PRs, Jones is helping others train better. Through his coaching business launched in 2016, Jones offers his knowledge and experience, plus personalized training plans for runners with big goals.

The athlete started out running middle-distance track at age 11—what better way to get out all that youthful energy? In 2013, he left the track behind to take on mountains, road races, and ultra-trails around the globe. Running has taken Jones from the UK to Thailand, Australia, Turkey, Borneo and beyond.

Jones has completed 14 races of 100km or above and reached the podium in 8 of them, 4 of which were on the Ultra-Trail World Tour. Some notable achievements include winning 3rd place at Tarawera Ultramarathon 102 km in New Zealand (2019) and 1st place at Translantau 100 km in Hong Kong (2017). He’s also taken the podium at Cappadocia Ultra-Trail, Ultra-Trail Australia, and Austria’s Mozart 100 by UTMB®. In 2019 Jones completed his first 100-miler in France, placing 15th…and there’s plenty more where that came from!

Jones’ drive and determination make him a great fit for CamelBak’s select team of Athletes. Summing up his approach, Jones says “I compete at the highest level of the sport and am always exploring my limits and pushing myself as far as I can go.” Pushing limits is what we at CamelBak are all about, Harry—welcome! 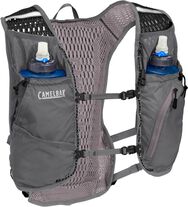 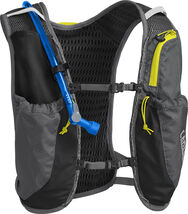