Born and raised in France, Métailler relocated to British Columbia, Canada in 2013. Many of his Insta-famous drone videos are shot in BC’s Whistler Bikepark, while others follow him around the world on his trusty two wheels.

Métailler says he grew up watching World Cup Downhill on T.V. and started riding mountain bikes when he was 16. From downhill to freerides to single trails, if it’s on a bike, he’ll ride it—as long as it’s gnarly.

Since 2015, Métailler made multiple appearances in the invite-only Red Bull Rampage freeride competition, where he placed three times in the top 20. He also loves riding the urban downhill races which are often held in Latin America. Thanks to his style and speed—not to mention scrubbing ability—he won first place in Puerto Vallarta 2018 and in Taxco 2017 and placed in many other competitions.

Inspired by riders like Nico Vouilloz and others, the Frenchman has built a substantial and loyal following for himself. He’s super active on social media, where he shares his lines and more on Instagram and (not one, not two, but three) YouTube channels.

After riding independently for many years, Métailler signed in 2021 with PROPAIN Bicycles. He has partnered with many brands over the years, however, including 7mesh, Jenson, Cube Bikes, e*thirteen Lululemon, and more. Known for being meticulous about his gear, Métailler says he enjoys helping test and develop products for sponsors (including CamelBak).

We love working with such a bold figure who is so fun to watch. And yes, we love listening to that French accent, too. The team here at CamelBak will continue to watch closely as he wows the world of MTB. Shred on, Rémy! 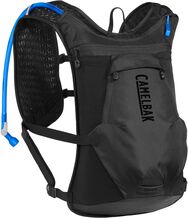